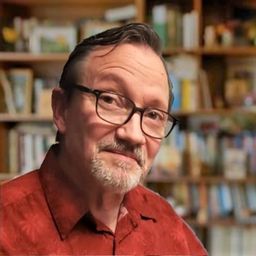 Jay Hartlove is the author of the award-winning supernatural thriller Goddess Rising Trilogy, about which horror master John Shirley said, “I recommend you buy this crazy novel.”  Jay also wrote the fantasy romance Mermaid Steel, which Kirkus Reviews called, “A thoughtful erotic fantasy that asks us to see the best in each other.” His latest novel is The Insane God, which David Brin endorsed, and Kirkus Reviews called, “Nightmare on Elm Street meets The Stand.” Jay also wrote, produced, and directed The Mirror’s Revenge, the musical sequel to Snow White, which had its theatrical run in the San Francisco Bay area in 2018 to rave reviews. He loves to take stories where the reader does not expect, with sympathetic villains, heroes with very dark pasts, and lots of plot twists. He often turns victims into heroes. He was selected one of the 50 Authors You Should Be Reading by The Authors Show.

Sessions in which Jay Hartlove participates