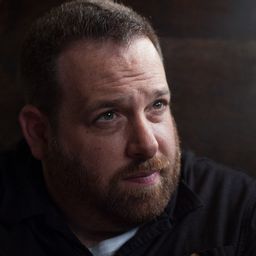 Mark Gelineau is an author and educator, and is currently one of the authors of the Painted Knees Mysteries series, where he writes under the pen-name Mark Gerard, alongside co-author Amanda Madison.  In addition, Mark is the author of the fantasy novella imprint Echoes of Ascended, where he wrote four different series alongside Joe King. He is also creator of the Tales of the Hanged Man series published by Pro Se Press. In his academic work, Mark has published papers in the academic journal Slayage: The Journal of Whedon Studies for the Whedon Studies Association and presented at the Association's national conference. Mark has been an educator for over 21 years, teaching English at one of the top private schools in the country. He has taught literature and storytelling in both China and Japan as an academic and cultural exchange teacher. In the past, Mark served as director of education outreach for Arclight Repertory Theater and was education specialist for the Shakespeare on the Square Festival in San Jose.

Mark has a love for all that is gloriously geeky in the world.

Sessions in which Mark Gelineau participates