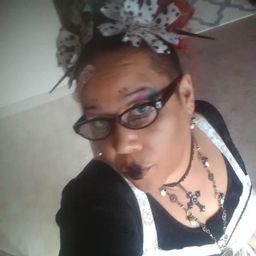 Sumiko Saulson is an award-winning, bestselling novelist, cartoonist, science-fiction, fantasy and horror writer, editor of Black Magic Women, Scry of Lust and 100 Black Women in Horror Fiction, author of Solitude, Warmth, The Moon Cried Blood, Happiness and Other Diseases, Somnalia, Insatiable, Ashes and Coffee, and Things That Go Bump In My Head. She wrote and illustrated comics Mauskaveli, Dooky and graphic novels Dreamworlds and Agrippa, as well as the zine Carolyn Saulson: Iconoclast. She has written short stories for anthologies including Forever Vacancy, Babes and Beasts, Tales from the Lake 3, Clockwork Wonderland, and others.The child of African American and Russian-Jewish parents, a native Californian and an Oakland resident who’s spent most of her adult life in the San Francisco Bay Area. She is pansexual, polyamorous and genderqueer. She is the owner and operator of Mauskaveli Clothing and Kink Gear. She is on the board of directors of the media arts non profit Iconoclast Productions. She writes for the SEARCH Magazine. She hosts the Kinky Writer's Munch every Monday from 7:00 pm to 8:30 pm at Wicked Grounds in San Francisco.

Her awards and recognition include the 2016 Stokercon Scholarship from Hell, the 2001 STAND Grant for First Time Directors (Film Arts Foundation), BCC Voice 1st Place Award for Reframing the Other Essay Contest, 2017 Afrosurrealists First Place Award, 2017 Next Great Horror Writers 6th Place Award, 2017 BayCon Mixy Award, Carry the Light Foundation Sci-Fi Award 2nd Place 2016, 2018, Horror Writers Association Recommend Reads 2018 for Black Magic Women, and the 2018 Ara Jo Memorial Fund from East Bay Zine Fest for Carolyn Saulson: Iconoclast. She is a graduate of Berkeley City College with an AA in English and Certificate in Creative Writing. Her blog Things That Go Bump in My Head was a 2013 Ambassador for Women in Horror Month due to her Black Women in Horror Month.