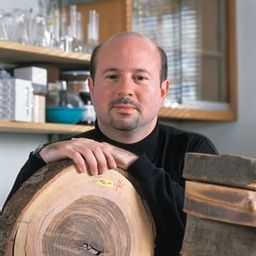 Dr. Michael Mann, one of the most respected climate scientists in America, will be the keynote speaker at the 2016 CCE/CCL conference in Washington, D.C. Dr. Mann is Distinguished Professor of Atmospheric Science at Penn State University and director of the Penn State Earth System Science Center (ESSC). In 1998, it was his research – conducted with Raymond Bradley and Malcolm Hughes – that led to the famous “hockey stick” graph that shows the alarming rise is average global temperatures during the 20th Century.

Dr. Mann was a Lead Author on the Observed Climate Variability and Change chapter of the Intergovernmental Panel on Climate Change (IPCC) Third Scientific Assessment Report in 2001 and was organizing committee chair for the National Academy of Sciences Frontiers of Science in 2003. He is the author of more than 190 peer-reviewed and edited publications, and has published two books — Dire Predictions: Understanding Climate Change and The Hockey Stick and the Climate Wars: Dispatches from the Front Lines. He is also a co-founder of the award-winning science website RealClimate.org.

Sessions in which Michael Mann participates