Third Prize, COS Awards of Excellence in Ophthalmic Research

Author Disclosure Block: A. Ambikkumar: None. R. Remtulla: None. R. Beneish: None. P. Lachapelle: None.

Purpose: Prognosticating response to treatment in amblyopia has been an elusive goal. Patients' response to treatment is dependent on multiples factors including compliance and amblyopia. The ability to predict response to treatment would aid clinicians evaluating treatment options and inform when additional testing may be necessary. As recent developments in machine learning have allowed for predictive modeling, this study aims to predict the response to occlusion therapy using these methodologies.
Study Design: Retrospective analysis of prospectively collected data
Methods: In a previous prospective study performed at the Montreal Children's Hospital, 84 pediatric cases were recruited. Data collected prospectively on these patients included cycloplegic refraction, initial visual acuity at distance in both eyes and when possible, at near in the amblyopic eye, amblyopia type, type and duration of occlusion, ocular alignment and final visual acuity. Ten different Artificial Neural Networks were trained using the NNSTART command from the MATLAB Neural Network Toolbox. Networks were trained using a Scaled Conjugate Gradient algorithm for classification tasks. Inputs for these networks included clinical values at initial presentation and the time spent occluded. The output was the ratio of visual acuity at the end of treatment over visual acuity at the beginning of treatment.
Results: Of the 84 patients included, only 55 patients had data on near visual acuity which were used for training. Using the presented machine learning techniques, networks were trained to predict if a patient had a ratio of post and pre-treatment visual acuity greater or less than 5. This was accomplished successfully with a total accuracy of 95.0% ± 8.4% in the training set, 93.8% ± 8.8% in the validation set, 83.7% ± 11.9% in the test set and 93.5% ± 8.0% over ten separate experiments. The best network, which trained over 47 epochs, was able to predict if the visual acuity ratio was greater or less than five with 100% accuracy in the test, training and validation set.
Conclusions: On a small dataset of patients, a neural network was developed to successfully predict whether a patient would have visual acuity improvement greater or less than five times their initial presentation. Interestingly, a pertinent input datapoint for the network was occlusion duration. Theoretically, such networks could be used by clinicians to determine the time needed to reach target visual acuities. 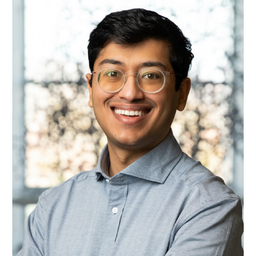