Track:
Cornea
What:
Paper Presentation | Présentation d'article
Part of:
Cornea Challenges: When and how to alter the cornea and ocular surface
When:
4:00 PM, Saturday 26 Jun 2021 (5 minutes)

Methods: Data was obtained from the IQIVA Ambulatory EMR database (IQVIA, USA). DED cases were defined as those with a first ICD-9 (375.15) or ICD-10 (H04.121, H04.122, H04.123, H04.129) code, and at least two prescriptions of cyclosporine or lifitegrast topical drops within 60 days of the first code. The date of the first code was designated as the index date. For each case, five controls were selected using density-based sampling and matched to the cases by age and follow-up time. Regular contraceptive users had at least two prescriptions in both the first year and second year prior to the index date, and those who used at least one prescription in days 0-90 or days 91-365 prior to the index date were further subdivided into current or past use, respectively. Irregular contraceptive users included anyone who did not meet the criteria for regular use. The HCs included were combined oral contraceptives, intrauterine levonorgestrel, medroxyprogesterone injection and etonogestrel vaginal ring. A conditional logistic regression model was used to calculate rate ratios (RRs) and adjust for confounders of DED. All RRs were compared to subjects with no HCs use.

Conclusions: This is the largest study to date that has found an increased risk of DED with HCs use in females of reproductive age. Physicians prescribing HCs should discuss the risk of DED with their patients when reviewing the side effect profile. More studies are needed to confirm the associations observed and elucidate whether different dosages or formulations of HCs impart a greater risk for DED. 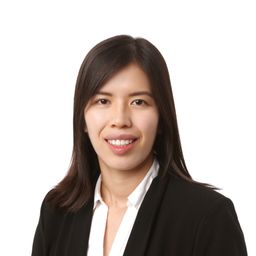