Deep Learning for Detection of Keratoconus and Prediction of Crosslinking Efficacy

Title: Deep Learning for Detection of Keratoconus and Prediction of Crosslinking Efficacy

Purpose: Deep learning with convolutional neural networks (CNN), is a method of supervised machine learning that uses multiple layers to progressively extract higher level features. The goal of this study is to implement and test a trained deep learning algorithm using pre-operative corneal topography scans to 1) classify between keratoconus and normal corneas 2) stage the disease according to Amsler-Krumeich scale and 3) predict whether a patient will likely benefit from crosslinking treatment.

Methods: Scans of baseline visits for all patients diagnosed with keratoconus (case group) and those who have been assessed for refractive surgery (control group) between 01 January 2007 and 01 June 2019 were analyzed. A convolutional neural network was implemented and trained with our custom dataset of corneal topographies, with 80% of scans allocated as training set and 20% of scans allocated as a validation set. In total, 2410 scans were included in the training and validation analysis (1163 keratoconus and 1247 controls) for stage 1, 985 keratoconus scans were classified according to the Amsler-Krumeich scale for stage 2, and 138 keratoconus scans (69 progressed and 69 stabilized) were labeled for stage 3 (disease progression was defined as an increase of 1.0 diopter or more in K max reading from baseline to topographies at 6 months).

Results: For stage 1, the deep learning model with data including all four pentacam parameters (anterior and posterior corneal elevations, anterior curvature and pachymetry maps) showed a validation accuracy of 0.995 in discriminating between keratoconic and normal corneas. For individual map analysis, corneal pachymetry showed the lowest validation accuracy of 0.771, whereas the other parameters anterior corneal elevation, posterior corneal elevation and anterior curvature maps showed accuracies of 0.987, 0.984 and 0.978 respectively. For stage 2, the CNN algorithm was able to stage the disease with a validation accuracy of 0.735 (excluding manifest refraction as an input parameter) and 0.878 (including manifest refraction as an input parameter). For stage 3, the accuracy in correctly predicting the progression of keratoconus was 0.536. Conclusions: Deep learning using topography scans obtained from the pentacam effectively 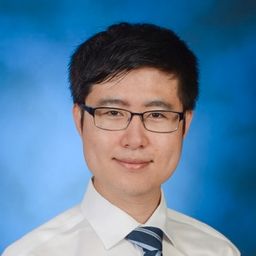