Reduced contrast sensitivity in young adults who had retinopathy of prematurity

Methods: Participants were categorized into three groups: preterm without ROP, preterm with ROP and term. Comprehensive ophthalmologic examination was performed with blinding to preterm and ROP status. Best corrected visual acuity (BCVA) was assessed with a standardized linear Snellen chart and contrast sensitivity with the Vistech system. When analyzing BCVA, refractive errors and contrast sensitivities, data were stratified based on the strong eyes (better BCVA) and the weak eyes (worse BCVA). Area-under-the-curve (AUC) analysis was performed to assess the overall contrast sensitivity. Group comparisons were done using ANOVA; multivariate analysis was also performed.

Results: In this study, 88 individuals born preterm and 86 individuals born full-term were recruited. Among the strong eyes of the 3 groups, there was no significant difference for BCVA or refractive errors. Among the weak eyes, however, the preterms with ROP had the worst BCVA and refractive outcomes compared to the other groups. As for contrast sensitivity, the AUC analysis showed that both eyes in the preterm with ROP group were significantly lower. Within the preterm group, ROP was associated with lower AUC after adjustment for gestational age and sex.

Conclusions: This is the first study in Canada (and the third in the world) that examined the long-term visual outcomes in adults born prematurely. Our data supported that among individuals born preterm, ROP is linked to a lower visual acuity and higher refractive errors. To our knowledge, this is also the first study to observe an association between ROP and a reduced contrast sensitivity in young adults. Our investigation put forth the notion that ROP could have an insidious and prolonged impact on one's vision. It highlights the importance of long-term ophthalmologic follow-ups for those who were born prematurely. 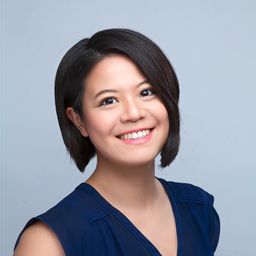