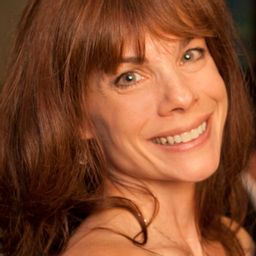 Deirdre recently moved to the Twin Cities with her family, and enjoys commuting monthly to the Research Triangle region of North Carolina.

She established free education programs in documentary literacy for teachers (Teach the Teachers) with a free lending library, as well as the Academy of Motion Picture Arts & Sciences funded “School of Doc”, a free, teen program which fosters diversity in documentary filmmaking. A recent graduate’s film just screened online in the New York Times Op-Docs section. A new scholarship for two graduates allows the teens to take a five-week filmmaking intensive at UNC’s School of the Arts.

Engaging with local business leaders, she attracted the creation of the Full Frame Theater and its new offices. She helped found and is Vice President of the Film Festival Alliance (formerly the IFP Festival Forum), serves on the board of the Greater Durham Chamber of Commerce, and has moderated/participated in panel discussions and juries at multiple universities, festivals and conferences. She served on POV’s 25th Anniversary Board, as well as the Advisory Board for "Dangerous Documentaries: Reducing Risk When Telling Truth to Power" by the Center for Media & Social Impact.

In 2015 she spoke at the International Film Festival Summit about the relationship between filmmakers and festivals, and the IDA’s last GETTING REAL conference, wrote an article for Indiewire called “Why Filmmakers need the Festival Forum”, and had an interview published in the online peer reviewed journal Synoptique.

Since coming to the Twin Cities, she has delivered the keynote speech at the Flyway Film Festival, joined the board of IFP, Minnesota, established a new screening series with the Walker Museum entitled “Cinema of Urgency” (co-presented by Full Frame and running March-October, 2016), and helped adjudicate an NEA grant. She also participated in last year’s SXSW Festival as a Mentor.

Previously, she consulted for such organizations as the Motion Picture Association of America and Academy of Television Arts & Sciences. Her first film, the award-winning 2002 broadcast documentary Scene Smoking, was narrated by Sela Ward and starred Sean Penn, Ted Danson, Rob Reiner and many other Hollywood leaders about onscreen tobacco use.  She is a member of the IDA, Women in Film and the Screen Actors Guild, and earned her BFA at Purchase College, SUNY.

Sessions in which Deirdre Haj participates