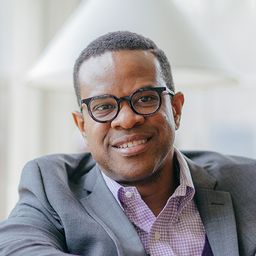 Participates in 1 Session
Thomas Allen Harris is a filmmaker and transmedia artist whose works illuminates the human condition and the search for identity, family, and spirituality. His 1995 documentary VINTAGE- Families of Value explores African American families through the eyes of LGBT siblings. E Minha Cara/That’s My Face (2001) addresses the artist’s identity moving between New York City, East Africa and Brazil. In The Twelve Disciples of Nelson Mandela (2005), Harris examines the life of his late South African stepfather, a pioneer in the anti-apartheid movement. His most recent film project, Through a Lens Darkly: Black Photographers and the Emergence of a People, (2014) looks at the ways photographic representations serve as tools of representation and self-representation through history.

Films, shorts and video installations by Thomas Allen Harris have been exhibited at the Whitney Museum of American Arts 1995 Biennial, Corcoran Gallery, Melbourne Arts Festival, MoMA and Gwangju Biennale; broadcast on PBS, ARTE, YLE, CBC, and the Sundance Channel as well as screened at the Sundance, Toronto, Berlin, Outfest, and FESPACO film festivals. Since 2009, Harris has been touring nationally and internationally with his Digital Diaspora Family Reunion Roadshow, most recently as a Montgomery Fellow at Dartmouth College as well as at Yale University Afro American Cultural Center.

A published photographer, curator, and writer, Harris lectures widely on the use of media as a tool for social change. His media appearances include C-Span, the Tavis Smiley Show, NPR, Metrofocus, and AriseTV. Reviews of Harris’ work have appeared in The New York Times, Time Magazine, Washington Post, Variety,   The Los Angeles Times, The Advocate, Jay Z’s Life and Times,  among others.