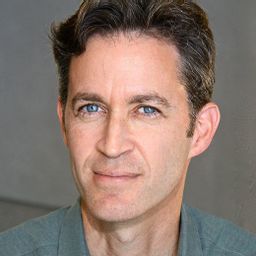 UN Special Rapporteur on Right to Freedom of Opinion & Expression
University of California, Irvine, School of Law
Participates in 1 Session

Prof. Kaye has been appointed by the UN Human Rights Council to serve as Special Rapporteur on the promotion and protection of the right to freedom of opinion and expression, effective August 1, 2014, for three years. With the assistance of students in his International Justice Clinic, Prof. Kaye will report to the UN on some of the key issues in free expression worldwide, such as the safety of journalists, severe restrictions placed on Internet access and usage, the chilling effects of electronic surveillance, hate speech and incitement to violence.

Prof. Kaye began his legal career with the U.S. State Department, handling such subjects as international claims, nuclear nonproliferation, international humanitarian law, and accountability for war crimes, crimes against humanity and genocide. Prior to joining UC Irvine, he co-founded UCLA’s International Human Rights Program and founded its International Justice Clinic, working on projects dealing with accountability for international crimes around the world. In addition to his scholarship and teaching, Professor Kaye is an active member of the American Society of International Law, for which he served on its Executive Council and Executive Committee, and is a member of the Council on Foreign Relations. He has also published essays and opinion pieces in mainstream publications such as Foreign Affairs, Foreign Policy, The New York Times, and The Los Angeles Times.

As a clinical teacher, Professor Kaye aims to help students discover and put to use tools to advocate for implementation of human rights law and accountability for serious violations and to assist those worldwide who are looking to build the rule of law in their own countries. He also believes in scholarship that helps advance our understanding of how international law operates—and in translating that scholarship, as much as possible, to the broader public and policymaking communities.

Sessions in which David Kaye participates