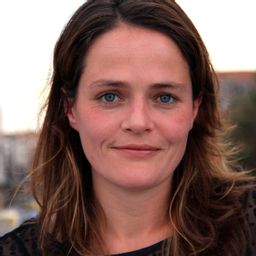 A primetime Emmywinning producer, Alexandra has worked most notably as a producer of feature documentaries for acclaimed directors Alex Gibney, Eugene Jarecki, Jehane Noujaim and Lucy Walker. Most recently, Alexandra produced HOLY HELL (dir. Will Allen), which premiered in competition at the 2016 Sundance Film Festival and was released this year by CNN Films and Netflix. Alexandra is also an Executive Producer on A24’s criticallyacclaimed, indie box office hit THE WITCH (2015, dir. Robert Eggers).

Johnes’ documentaries have received several awards and nominations, including an Oscar nomination for Jehane Noujaim's THE SQUARE, the Grand Jury Prize and Audience Award at the Sundance Film Festival, a DGA award, several Peabody Awards, and several Primetime Emmys.

Other recent films include MEA MAXIMA CULPA: SILENCE IN THE HOUSE OF GOD, THE HOUSE I LIVE IN, THE LAST GLADIATORS, RAFEA: SOLAR MAMA, REAGAN, MAGIC TRIP: KEN KESEY’S SEARCH FOR A KOOL PLACE, CLIENT 9: THE RISE AND FALL OF ELIOT SPITZER, CASINO JACK AND THE UNITED STATES OF MONEY, MY TRIP TO ALQAEDA and FREAKONOMICS.

From 2007 – 2012, Alexandra ran Alex Gibney’s company, Jigsaw Productions, managing all aspects of development and production. In 2012, she was selected as one of eight US producers for the TAP Producing Fellowship, sponsored by the Independent Filmmaker Project (IFP). In 2015, she began working with Time Inc. to oversee creative development and production of documentaries and docuseries for the Time Inc. portfolio of brands. Current projects include ARETHA (dir. Sydney Pollack) and THE MARS GENERATION (dir. Michael Barnett). Outside of Time Inc., she is currently story producing Season 4 of the Gimlet Media podcast “Start Up” and continues to work as an independent producer on both feature documentaries and fiction films.

Alexandra is a graduate of NYU’s Tisch School of the Arts.

Sessions in which Ali Johnes participates