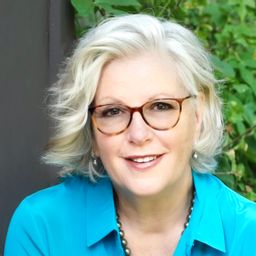 Since 1994, award-winning director/producer diane estelle Vicari secured a proven record of success in

the fast-paced entertainment industry. A highly intuitive and dynamic storyteller, diane has worn

many hats and garnered expertise in all facets of the documentary genre, thriving both in the

produces stories that promote the advancement of our individuality and global interdependence.

Though her work, diane estelle Vicari explores thematic stories about our human spirit and our innate

our dreams and fulfill our destinies.

Her past work, SUGIHARA Conspiracy of Kindness, about Japanese Diplomat Chiune Sempo Sugihara

tells the story of how “one man can make a difference”. The primetime PBS feature length was

Just as extraordinary, is the subject of Vicari's current work, IMAGINING A BETTER WORLD, The

Nelly Toll Story. In development with an  animated/AR/VR art-related project, based on the book Behind

the Secret Window, this documentary brings to life the memoir of eight years old Nelly S. Toll, as she

paints her imaginary world while hidden during World War II. Dr. Toll emerged from the darkness as

an artist, writer and later a therapist, mother and much more. www.imaginingabetterworld.com

On an uplifting note, diane estelle is in the early stage of post-production on the story of a 96 years

young American Master, composer and arranger, Sammy Nestico. Sammy is one of the greatest

contributors to the field of music of the last century, working in classical, jazz and big band; as a

composer, arranger, and last but not least, as an educator. At an age when most people have long

retired, Sammy continues to give hope to young aspiring musicians as well as dreamers.

NEVER LET ANYONE STEAL YOUR DREAMS: The Sammy Nestico Story

diane estelle directed ATMA DARSANA Reflection of the Soul, a tribute to the internationally

acclaimed yoga master BKS Iyengar, one of Time magazine's "100 most influential people of the 20th

century”. Some of her prior credits include Bert Stern: Original Madman, the Emmy Award-winning

Titanic: Death of a Dream and Titanic: The Legend Lives On, the Emmy Award-nominee The Last Days

of World War II and the network television special Angels II: Beyond The Light.

In addition to her own filmmaking career, diane estelle is a champion for others with stories to tell.

work with the IDA, International Documentary Association (2000-2009), an organization for which she

Born and raised in Montreal, Canada, she is fluent in French and a graduate of the UCLA's Certificate

Program in Film and Television.

Kim Roberts, Editor with Silence of Others (Participant)