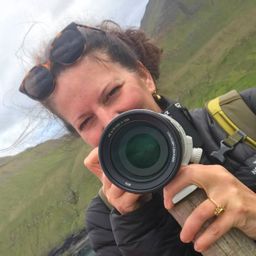 Director
Luna Park Productions
"There's a mesmerizing quality to Kate Schermerhorn's work." - Evening Standard"Delightfully quirky" - Scientific American"Sublime and fascinating" - San Francisco Chronicle"Nothing seems wasted, and nothing's excessive." The New YorkerEmmy-winner director and still photographer Kate Schermerhorn started her production career as a teenager, working during school holidays as an underpaid P.A. for her producer father, whose work included the iconic American Express Don’t Leave Home Without It, and Lee Iacocca Chrystler series. Kate soon went on to work for others, including directors Tamra Davis, Matthew Rolston and Oscar-winner Michael Moore. She later abandoned Hollywood for London, where she focused on photography, and published America's Idea of a Good Time (Dewi Lewis), which explores America's pursuit of happiness. In 2002, Kate returned to California, to make her directorial debut with KQED co-production Seeking 1906. The hour-long documentary, about best-selling author Simon Winchester, won Kate an Emmy for directing, and a nomination for best historical/cultural feature. It was broadcast nationally on PBS.Kate's 2nd long form doc - about modern marriage - After Happily Ever After won the 2012 Council for the Contemporary Family Media Award and was broadcast nationally in 2013. The following year her work won two Telly Awards and was nominated for a Maggie. Kate's past clients include Apple, GE, Sony, Interscope Records, Monrovia, Lunares, GreatSchools, UCSF, ITVS, and The Center for Justice and Accountability. Her photographs have appeared in Granta, The Times of London, The Independent, El Mundo,The Los Angeles Times, Oprah Magazine, and have been widely exhibited, including at The Houston Center for Photography, Victoria and Albert's Canon Gallery, Yossi Milo and Fifty One Fine Art, who represent her work. Kate's photographs are currently part of Apple's 'Shot on Iphone' campaign. Kate is an occasional blogger for the Huffington Post. Kate is currently in post-production on a feature length doc about consumerism, excess, and the stuff from which happiness is truly made. Kate is a mother of two.

Sessions in which Kate Schermerhorn attends