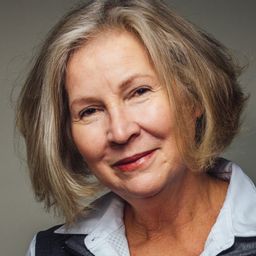 Mary Rosanne Katzke, currently on a Media Artist Fellowship from the Rasmuson Foundation,  has been writing and directing films since 1980 when she graduated from the Radio-Television-Film School at the University of Texas, Austin. After a summer trip to Alaska, she began producing documentaries there and formed Affinityfilms, Inc., a non-profit production company dedicated to the production of social issues films. Her first film, No Word for Rape, was an award-winning documentary film about sexual assault in urban and rural Alaska.

Grants from the American Film Institute, the National Endowment for the Humanities, and the Alaska State Arts Council allowed Mary to produce five more documentaries in the following years broaching such topics such as homeless people, domestic violence, and safe winter driving. Many of these documentaries have been featured in prestigious festivals across the nation and Europe.

In 1988, Mary was offered academic scholarship to attend New York University’s graduate film school where she completed her MFA in Writing and Directing. While at school, she continued to produce documentaries including Sea of Oil, an examination of the social and emotional impact of the Exxon Valdez oil spill, Sea of Oil was featured at the Museum of Modern Art, the Sundance Film Festival, and aired nationally on PBS’ POV Showcase.

Recently completed works include: And Now We Rise: A Portrait of Samuel Johns; About Face: The Story of Gwendellin Bradshaw (feature documentary on an Alaskan girl seeking answers to her childhood trauma/mental health) Day in Our Bay (Bristol Bay native way of life as crowd-sourced through 70 videographers); Backing Out of Time (care giving for parents facing Alzheimer’s); World School (family gap year of travel), In a Nanosecond (about TBI) and Partners in Healing (an introduction to integrative medicine).

Sessions in which Mary Katzke attends