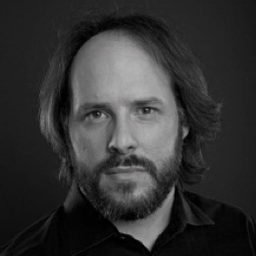 Based in National Geographic Channel’s Washington, D.C., headquarters, Alan Eyres is head of unscripted development for the network.

He has been at the forefront of National Geographic’s pivot to premium content, where he’s been responsible for developing Emmy winner LA92, Dupont-award winning Hell on Earth, and Jane which won a multiple awards including Critic’s Choice, National Board of Review, PGA and 18 National Critics Group awards.  In addition, he was responsible for acquiring Sundance Audience Award winner Science Fairand Fischer Steven’s Before the Floodwhich was seen by 63 million people in the 10 days it was released digitally, making it one of the most viewed environmental documentaries ever.

In addition, he worked on some of the highest rating series in the history of the network including Mars, Story of God and One Strange Rockwith Nutopia and Darren Aronofsky. He also worked on Earth Live, which was watched by 9.3 million viewers in the U.S., making it the most-watched live show on National Geographic in a decade.

In his first three years at National Geographic, Eyres was responsible for developing and overseeing production of the most successful series in the history of the network, including Wicked Tuna, Brain Games, Life Below Zero, Ultimate Survival Alaska, in addition to event series such as The 80s and The 90s.

Prior to coming to National Geographic, Eyres worked at the Discovery Channel with responsibilities across development and production. Prior to coming to Discovery in 2007, Eyres worked for 10 years in production in the U.K., producing nonfiction television for both the U.S. and U.K. markets, including the Emmy- and BAFTA-nominated “Krakatoa: The Last Days” for the BBC.

Sessions in which Alan Eyres participates

Sessions in which Alan Eyres attends