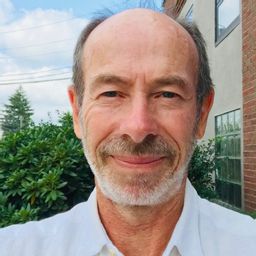 Juan Mandelbaum’s work has been broadcast on a variety of venues, from Sesame Street to Independent Lens and has been shown at MoMA, Centre Georges Pompidou, Boston Museum of Fine Arts, Harvard Film Archive, Pacific Film Archive and Corcoran Gallery among others.

At WGBH-Boston Juan was a Producer for the PBS series AMERICAS. His independent productions include Caetano in Bahia,  Ringl and Pit, A New World of Music, and the Poetry Heaven series.His film Our Disappeared/Nuestros Desaparecidos, on people he knew who disappeared during the Argentine dictatorship in the 70s, was supported by the Sundance Institute, Latino Public Broadcasting and ITVS. It played in over thirty festivals worldwide and aired on INDEPENDENT LENS and GLOBAL VOICES.

Juan has been a board member and President of the Flaherty Seminar, and has served on panels for ITVS and Latino Public Broadcasting. He is also a Member/Owner of New Day Films.

Most recently he was Consulting Producer on Chavela, a film on the legendary singer Chavela Vargas that won Second Audience Award at the 2017 Berlin International Film Festival.

His current project, My Ancestors, dives into his family’s stories, myths and secrets, which touch on the Gold Rush, a Seattle mayor, a US stamp, Karl Marx, the Roman Empire, cigar factories, the Civil War, a Pope, both World Wars, the Holocaust and several cemeteries around the world.

Sessions in which Juan Mandelbaum attends