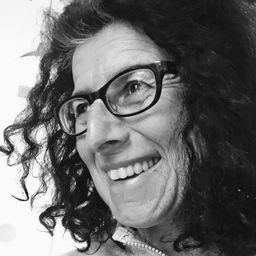 Producer
The One And The Many

Born and raised in Italy, Alessandra graduated in Fine Arts in London and is currently based in Los Angeles. She brings over 15 years of experience in development, budgeting, production, supervision and post production on projects ranging from documentaries and broadcast commercials to special multimedia exhibits, music videos and ethnographic films. She has worked worldwide including in some very remote and tough locations.  Alessandra began her career by producing commercials and content for brands such as; Kellogg’s, McDonalds, Nabisco, Chrysler, Range Rover, Toyota and many others. She eventually took on an opportunity to produce documentaries at ELEMENTAL PRODUCTIONS, a company committed to making films on the effects of globalization on culture and health in developing countries. Recently, Alessandra has worked exclusively as an independent producer and on occasion as author/filmmaker. Amongst directors, artists and celebrities that she has worked for are: Oliver Stone, Leonardo Di Caprio, Klaus Kinski, Wayne Wang, David Ashwell, Rupert Wainwright, John Lindauer, Kareem Abdul Jabbar, Gregory Colbert, Matthew Rolston and most recently Joan Jett.

Her most current endeavors are:

Producer for The One And The Many a feature documentary about theatre inside the prison of Volterra, Italy.

Production Supervision for Superpower Dogs an IMAX documentary directed by Daniel Ferguson, shot in Canada, US, Italy and Kenya (opening at the CA Science Center in march 2019).

Sessions in which Alessandra Pasquino attends