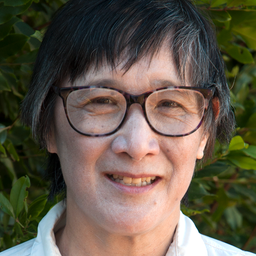 Lisa Dare is an filmmaker and researcher. She wrote, co-directed, and co-edited a short documentary, “The Secret Life of Sets,” for an Academy of Motion Pictures Arts and Sciences exhibition.  The video and accompanying photographic exhibit examined the history of Hollywood set decoration, and was also exhibited at the Toronto Design Centre.  Lisa was associate producer and assistant editor on Parthian, a short documentary about a bicultural progressive school in Iran, founded by three mothers/teachers.  Other projects that Lisa has been an assistant editor on include Bad Brains: A Band in DC (shown at Silverdocs and SXSW), a project commissioned by Dr. Dre, and a fundraising video for foster children cared for by court appointed special advocates.

Lisa was the first person allowed to major in film, through an individual major, at UC Berkeley, where she graduated Phi Beta Kappa, Highest Honors.  At the University of Pennsylvania, she earned a Master’s Degree in American Civilization/Folklore and Folklife.  She has given guest lectures at Penn, Mills College, CCAC, and San Francisco State, and presented work at the Society for Visual Anthropology, and the American Anthropological Association. While in San Francisco, she was active in the documentary community, and served on Film Arts Festival’s program committee, and the Short Documentary jury of the San Francisco International Film Festival.

Sessions in which Lisa Dare attends