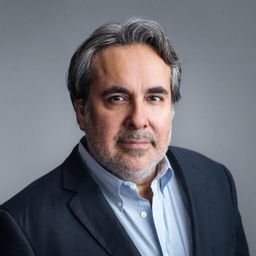 Director/Producer
Independent Filmmaker
Independent filmmaker Ray Santisteban has worked for the past 31 years as a documentary filmmaker. A graduate of NYU’s film and TV production program, his work consistently gravitates towards issues of Civil Rights and artist profiles, addressing the themes of justice, memory and political transformation. In 2020, his ITVS funded documentary, The First Rainbow Coalition, was broadcast nationally on Independent Lens. In 2020, his short video Vincent Valdez: The Beginning is Near, was part of the American Masters/Firelight Media web based series: In the Making. In 2021 he was a segment producer on the WNET produced nationally broadcast: Preserving Democracy.

Ray Santisteban is an award winning documentary filmmaker whose work has aired nationally and internationally on public television.  His projects consistently address the themes of justice, memory, and personal transformation.

A graduate of NYU’s film and TV production program, Santisteban has produced five hours of nationally broadcast PBS programming. his subjects include NY Black Panther leader Dhoruba Bin Wahad - Passin' It On, (Co-Producer), which was Broadcast on POV in 1993 and Internationally, the roots of Puerto Rican poetry, Nuyorican Poets Cafe (1994, Director, Producer, Editor), Chicano poetry, Voices From Texas (Director, Producer). He was an archival researcher on Incident at Oglala (1993) and was an Associate Producer on the 1995 four hour nationally broadcast series Chicano: History of the Mexican American Civil Rights Movement and was Senior Producer of Visiones: Latino Art And Culture In The U.S. a three hour PBS series nationally broadcast in Oct. 2004. In 2005, he produced two episodes of the nationally broadcast children's program "Postcards From Buster" for WGBH in Boston.

He is currently directing a feature length documentary on the 1969 “Rainbow Coalition”, a groundbreaking Multi-ethic alliance in Chicago between the Black Panther Party, the Young Lords Organization and the Young Patriots Organization.

Awards garnered include: a 1992 Student Academy Award (information division), a NYFA Media Fellowship, 1993, a 2005 Rockefeller Film and Video Fellowship, and a 2008 and 2016 San Antonio Artists Foundation Filmmaker Award. He is based in San Antonio, Texas.

Sessions in which ray santisteban attends