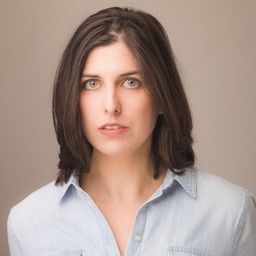 An Emmy Award-winning filmmaker recently named to DOC NYC's "40 Under 40" List, Rachel Pikelny is a sought-after producer whose work has earned accolades and sparked impact, at venues ranging from the Tribeca Film Festival to Capitol Hill.

Most recently, with Kartemquin Films, she produced the feature documentary REPRESENT, which The Guardian called “a timely film about the tough road women in politics face.” It will have a national premiere on Independent Lens in October 2020. Additionally, with Siskel/Jacobs Productions, she produced NO SMALL MATTER, a Gates-and-Bezos-supported film that has sparked conversations around childcare and early childhood education, particularly during the COVID era.

Previously, she produced THE TRIALS OF MUHAMMAD ALI (Independent Lens, 2014), which premiered at Tribeca and won a national Emmy for Best Historical Long-Form Program, and associate produced A GOOD MAN (American Masters, 2011) about renowned modern dance choreographer Bill T. Jones. She also directed and produced the short film GRACE (Condé Nast Entertainment), which was digitally released by SELF in October 2018 and premiered at DOC NYC.

A versatile producer/director, Rachel has created promotional content for Fortune 500 companies such as Pepsi and USAA, as well as branded videos for companies such as Manduka, in partnership with Komen. She was a 2017-18 Impact Partners Producers Fellow and remains active in the independent filmmaking community, co-chairing the Documentary Producers Alliance (DPA).

Sessions in which Rachel Pikelny attends