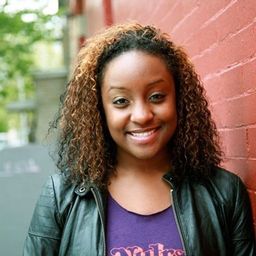 Suzette Burton is an award winning filmmaker, producer, and editor. While attending Pratt Institute, Suzette directed several films and video installations including a documentary entitled "Disconnected" about her father’s mysterious death. Since graduating film school, Suzette has co- produced the documentary "Daddy Don't Go" directed by Emily Abt. The film is also executive produced by Omar Epps and Malik Yoba. It aired on the Starz network in 2015 and screened at over 30 film festivals, winning 8 best documentary awards. Suzette has also worked as an assistant editor on the documentary "Little White Lie" as well as a producer and editor for a variety of companies such as WEtv/AMC Networks, Pureland Pictures, One Kreate, MRT Creative, The Moth, Atlas Media, Black Entertainment Television, Mr. Youth (Biggest Loser: Million Pound Match up tour, Neutrogena, and Microsoft), Stick Figure Productions (Kimora: Life in the Fab Lane). Recently she was an assistant editor for Unladylike2020 which is 26 short films and a broadcast hour on PBS American Masters profiling diverse and little-known American women from the turn of the 20th century, and contemporary women who follow in their footsteps.

Suzette is currently a sizzle editor for Blumhouse Productions / Disarming Films and a documentary teaching artist at City Lore. She is also the owner of Concrete Dreams Productions L.L.C. and is directing a documentary entitled "Susy." She resides in the New York City area and looks forward to directing and producing more films in the future.