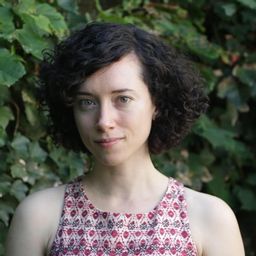 Gen joined the LEF Foundation as Program Assistant in 2013, and served as Program Officer from 2016-2021. She now works as Program Director on behalf of the LEF Moving Image Fund, a regional grant program with an open call and peer review process supporting New England-based filmmakers with feature nonfiction films in development, production or post-production. Gen also leads efforts to evaluate and improve all of LEF's other artist programs in support of the New England filmmaking community. Born in Boston to an American mother and a Haitian father, Gen grew up in Cambridge, MA, before earning her B.A. in Social Anthropology from Harvard College and spending three years in Beijing where she first gained experience as an independent film festival coordinator and programmer. Back in Boston, she previously co-founded the Crows & Sparrows screening series, she has served on the selection committee for the Revolutions per Minute Film Festival, and she has served as a media arts panelist for the Boston Cultural Council and National Endowment for the Arts. Outside of her work at LEF, Gen is interested in writing, curating, filmmaking, music, and DIY arts community building as a member of the AgX Film Collective.