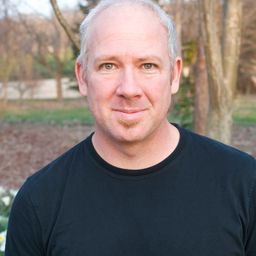 Brocklamation Films
Born and raised close to Philadelphia, Pennsylvania, Christo has been a sports fan his whole life.  And when you come from Philadelphia, there’s only one city’s teams you root for.

Christo studied film and theatre at Dartmouth College and then went on to graduate work in film production from the University of Southern California’s School of Cinematic Arts.  While there he studied editing with Kate Amend and directing under Mark Harris, among others.

After USC Christo was Associate Producer on Mark Harris’ Academy Award winning documentary “The Long Way Home”. As director Christo has been nominated for a James Beard award for the Food Network show Into the Fire: Trio.  Other directing experiences include Revelation 666 for FX, a documentary feature about living in a red state entitled Living Liberal … in Kansas, and a Learn to Breathe for renowned yogi Max Strom.

Christo has worked in documentary for  the past 15 years, initially as an editor, then later as a producer and director.  His experience includes a stint in television at Fox Sports, network shows “Nanny 911’, “Into the Fire”, “Hell Date”,  (among others) and in fiction features Blunt and Memphis Bound and Gagged and documentary features Heidi Fleiss: Portrait of a Hollywood Madame, Boobs: An American Obsession, Living Liberal in Kansas.

Recently Christo edited the sports documentaries Spirit of the Marathon, a documentary feature executive produced by Mark Harris, and Hood to Coast, which was released in 2011.  Both films are about running – Spirit of the Marathon is a film about the 2005 Chicago LaSalle Bank Marathon that profiles 6 people who run the race; Hood to Coast is a wild ride about the eponymous all-night relay race of the same name in Oregon.

While working on Living Liberal Christo first worked with cameraman Grant Barbeito.  Grant and Christo collaborated on Grant’s short film Slap and on Christo’s yoga DVD for Max Strom.  They then worked together again in Holland on the experimental dance film Four Walls for the Dutch Company Club Guy and Roni.  Touch the Wall is their first feature film together.

Christo lives with this wife and son in Long Beach, California.