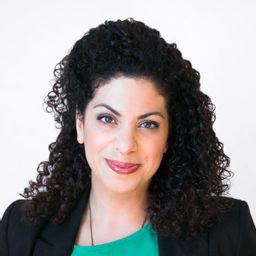 Filmmaker
Taza Media Inc.
Sherien Barsoum is a Toronto based filmmaker and impact producer who is inspired by people and issues making the world a better place. Her first feature, COLOUR ME was a bold exploration of black identity narratives. Most recently, Sherien directed and produced RIDE FOR PROMISE, PLAYER ZERO and BABE, I HATE TO GO - three short docs that have won awards, played top festivals, and nominated for a CSA respectively.  Sherien was the story consultant on the Oscar-shortlisted FRAME 394 and a co-produced HOUSE OF Z, the first feature film bought and distributed by Condé Nast and now on Netflix. Sherien is the former Director of Programming for the Reelworld Film Festival and serves as a mentor with the Documentary Organization of Canada.

Sessions in which Sherien Barsoum attends