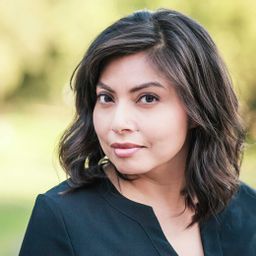 Pamela A. Aguilar is Senior Director of Programming and Development for PBS. In this role she identifies, develops and oversees the production of original Primetime content across various genres: history, science, nature, arts & culture and independent film. She works closely with Latino Public Broadcasting, to co-curate the nationally broadcast documentary series, VOCES and with co-producing partners like VOX Entertainment and the BBC, and with producing member stations like WGBH, WNET and TPT.

Her latest project, No Passport Required with Chef Marcus Samuelsson (VOX), is a multi-platform docu-series that celebrates America’s diverse cultures. Other credits include, Big Pacific, narrated by Daniel Dae Kim (NHNZ), The Wonders of Mexico, narrated by Anthony Mendez, 9 Months That Made You (BBC), and Going to War (VULCAN). Pamela serves on the board of Women Make Movies and NALIP’s Diverse Women in Media Advisory Committee; a graduate of The New School University in New York City, she hails from the Golden State of California.