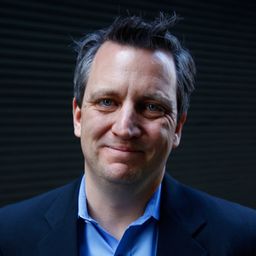 Founder
Policy in Focus
Michael Bracy is an advocate, strategist and entrepreneur who works at the intersection of emerging technologies, culture and public policy.  A partner in the Washington, DC based Government and Public Affairs firm Bracy Tucker Brown & Valanzano, Michael has worked on issues including energy assistance, strengthening and protecting noncommercial radio, net neutrality and media ownership.  As Founder Emeritus of the non-profit Future of Music Coalition, Michael spent fifteen years bridging the gap between the music community and policymakers.  His platform at BTBV has allowed him to work with and represent a wide range of other cultural leaders including American Ballet Theatre, NPR, Native Public Media, Colorado Creative Industries and Fractured Atlas. Through a new platform, Policy in Focus, Michael is extending his work with cultural leaders into strategies to help documentary filmmakers maximize the impact of their films in the Washington policy sphere.

With a background in college radio, professional video and digital production and eighteen years as a partner in the independent record label Misra Records, Michael has experienced the transformation in the cultural industries both as an advocate and an active member of the marketplace. This combined experience as an entrepreneur, activist and advocate has helped inform his understanding of how public policy impacts these communities today and could be more effective in the future.  A great believer in the power of networks, Michael has been a driving force behind a host of conferences, retreats and events including the Future of Music Policy Summit, 2015 Music Cities Convention and the upcoming Building a Music Capital conference at Georgetown University. He also speaks often at conferences and universities including serving as a Music Industry Advisor/Lecturer at Georgetown University, his alma mater.

Michael lives in Arlington, VA with his wife of 24 years and three teenaged children.