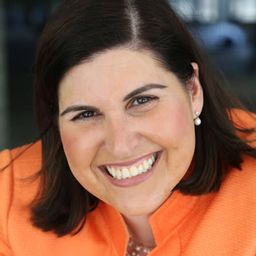 Lauren Appelbaum is the Communications Director at RespectAbility, a nonprofit organization fighting stigmas and advancing opportunities for and with people with disabilities. She brings more than 15 years of experience in strategic and crisis communications, writing, video and web production, news gathering and social media to the disability agenda. Previously she was a digital researcher with the NBC News political unit, where she worked with Chuck Todd and Andrea Mitchell.

Appelbaum currently oversees RespectAbility’s outreach to Hollywood to promote positive, accurate, diverse and inclusive media portrayals on TV and in film. Working with more than 40 partners, she educates studio and network executives on the why and how to be more inclusive – both in front of and behind the camera. She is the author of The Hollywood Disability Inclusion Toolkit, which was created to help entertainment professionals to be as inclusive of people with disabilities as possible.

She has published hundreds of articles on the intersection of disability, employment, Hollywood and politics and is the talent behind www.TheRespectAbilityReport.org and #RespectTheAbility. The #RespectTheAbility campaign highlights model employers that demonstrate how hiring workers with disabilities benefits the employer, the employee and society. The campaign’s goal is to erase negative and untrue stigmas associated with hiring people with disabilities.

She also supervises several Fellows in stigma and social media through RespectAbility’s Fellowship Program. During the 2016 election season, Appelbaum led a team of Communications Fellows; they interviewed all of the presidential candidates about the importance of disability employment, reporting all interviews via accessible video and articles in The RespectAbility Report.

Outside of work, Appelbaum is active in community theater. She has served in a variety of behind-the-scenes roles for more than a dozen musicals and plays. Having organized volunteer ASL interpreters and coordinated ADA seating at performances, as well as directing a nonverbal actor with cerebral palsy who uses a wheelchair, she understands first-hand the importance of inclusion of both performers and others with disabilities.

Born and raised in the Philadelphia area, Appelbaum has a master’s degree in Broadcast Journalism from Syracuse University; she also has undergraduate degrees from Columbia University and the Jewish Theological Seminary. She serves on several national and local nonprofit boards. Appelbaum currently lives in Maryland with her husband, daughter and dog.