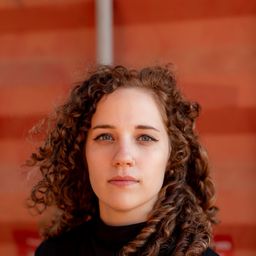 Claire Ave'Lallemant is a documentary editor based in New York City. Claire chose to forgo the traditional college path and pursue hands-on education which she received as an assistant editor on Cecilia Aldarondo’s feature documentary, MEMORIES OF A PENITENT HEART (Tribeca 2016 & POV 2017). She has gone on to edit documentary series such as THE PHARMACIST (Netflix, 2020) and DOGS (Netflix, 2018), as well as editing on independent feature documentaries such as THIS IS PERSONAL (Sundance, 2019), ON BROADWAY (DOCNYC, 2019), and CHEF FLYNN (Sundance, 2018).

In 2018, Claire was nominated and selected to become a mentee of the inaugural year for Karen Schmeer’s Diversity In The Edit Room Program.

Sessions in which Claire Ave'Lallemant attends