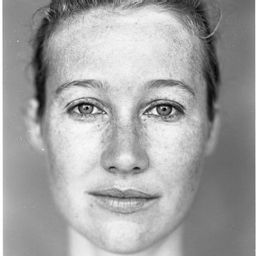 Marie-Helene Carleton is an award-winning documentary filmmaker.  Most recently, she has directed five documentaries for Al Jazeera English, one of which won Best News Documentary at the Monte Carlo Festival of Television and Film in 2014.

Her film work has appeared on Al Jazeera English, Vanity Fair, BBC America, the New York Times, the Financial Times, HDNet’s World Report and Granta Magazine, among others and screened at film festivals in the US and internationally.

She has been awarded artist fellowships at the MacDowell Colony and the Ucross Foundation. She was selected to participate in the inaugural Film Independent Documentary Lab in LA, the IFP Documentary Film Lab.

Marie-Helene is a co-founder, with Micah Garen of the award-winning film production company, Four Corners Media, and co-founder of ScreeningRoom.org, a could-based platform for the independent film community offering a simple way to get collaborative feedback on video cuts, which launched at Hot Docs in 2015.