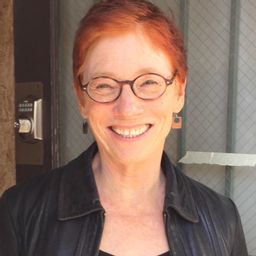 Patricia Aufderheide is University Professor of Communication Studies in the School of Communication at American University in Washington, D.C. She founded the School's Center for Media & Social Impact, where she continues as Senior Research Fellow. She is also affiliate faculty in the School of International Service and the History department at American University, and a member of the Film and Media Arts division in the School of Communication. Her books include Reclaiming Fair Use: How to Put Balance Back in Copyright (University of Chicago), with Peter Jaszi; Documentary: A Very Short Introduction (Oxford), The Daily Planet (University of Minnesota Press), and Communications Policy in the Public Interest (Guilford Press). She has been a Fulbright Research Fellow twice, in Brazil (1994-5) and Australia (2017). She is also a John Simon Guggenheim fellow (1994) and has served as a juror at the Sundance Film Festival among others. Aufderheide has received numerous journalism and scholarly awards, including the George Stoney award for service to documentary from the University Film and Video Association in 2015, the International Communication Association's 2010 for Communication Research as an Agent of Change Award, Woman of Vision award from Women in Film and Video (DC) in 2010, a career achievement award in 2008 from the International Digital Media and Arts Association and the Scholarship and Preservation Award in 2006 from the International Documentary Association.

Sessions in which Patricia Aufderheide participates