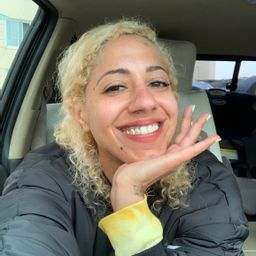 Based in Oakland, California, Justine is currently producing her first feature Parastoo, a documentary feature-in-production, and is Executive Coordinator at ITVS. Justine has been working in the documentary field for nearly ten years. In 2013, she became an integral part of Telling Pictures, a media production company founded by Oscar, Emmy, and Peabody Award-winning filmmakers Rob Epstein and Jeffrey Friedman. She was Assistant to the Directors on And the Oscar Goes To… (TCM/AMPAS, 2014) and The Hell-Raiser (Amazon/New Yorker, 2016), and Assistant to the Producers on Killing the Colorado (Discovery Communications, 2016). In 2019, End Game (Netflix), on which she was Assistant to the Directors, was nominated for Best Documentary Short at the Academy Awards. In addition to Epstein and Friedman, Justine has been privileged to work with numerous award-winning directors and producers including Ellen Bruno, Dawn Logsdon, Rebekah Fergusson and NC Heikin on her latest feature Life & Life. Justine is passionate about social equity, criminal legal reform, prison abolishment, and supporting women of color in the arts. She has previously served on selection committees for the International Documentary Association’s Documentary Awards and grant review panels for the California Arts Council. She currently serves on the Board of Directors of Love for our Elders.

Sessions in which Justine Armen attends