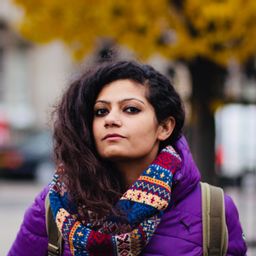 Koval is a director and producer based in India, focused on narratives for social impact. She has been running A Little Anarky Films, a production company based in Delhi, for over ten years and has written, directed and produced hundreds of short format projects for brands, broadcasters and non-profits. She works on human interest stories and short content for organisations like BBC, National Geographic, Discovery Channel, USAID, Save The Children. She also serves as an advisory member on the board of Just A Girl.

She is currently producing Against The Tide, a feature length documentary on climate change and its impact on the indigenous Koli fishing community, being directed by Sarvnik Kaur. This film has received the IDFA Bertha Fund 2020 and is currently in production. She is actively looking for co-producers and collaborators for this film, and any additional support that can be provided by the global documentary community.

Sessions in which Koval Bhatia attends