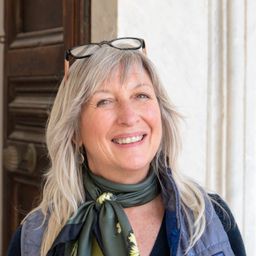 Catherine Butler is an award-winning documentary writer/producer with global experience developing and delivering impactful long and short form documentaries. Crafting stories that can communicate complex ideas to general audiences has resulted in Catherine’s work being awarded two Emmy’s, including Journey of the Universe (PBS); The Women of Tibet (PBS); and an Emmy nomination for Documenting the Face of America (PBS). She also produced the critically acclaimed feature-length investigative documentary The Future of Food, which enjoyed global theatrical and digital distribution. She's currently wrapping up post-production on American Heretics: The Politics of the Gospel with her producing partner, sister, and award-winning director/writer/producer Jeanine Butler. Their new feature doc offers a rare and surprising glimpse into the deeply-entwined and ever-changing nature of religion, faith, and politics in the U.S. as seen through the narrative lens of Oklahoma's Christian heartland.  More about their work and production company Butlerfilms available at http://www.butlerfilms.tv/