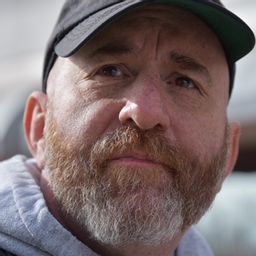 Danny Alpert, Executive Director of Kindling Group, is an award-winning producer and director. His documentaries (Radical Grace, @home, The Calling, Do No Harm, A Doula Story) have aired on HBO, PBS, and around the world, sparking engagement campaigns with enduring impact.  He is currently completing No Small Matter, the first feature documentary to explore the most overlooked, underestimated, and powerful force for change in America today—early childhood education. He is producing Pulling the Thread, a digital series for  ITVS that unravels the forces that lead rational people to believe irrational things through America’s most popular conspiracy theories. He is also on production on the second “season” of CPB’s Veterans Coming Home, a multiplatform public media initiative that is bridging the gap between America’s civilians and veterans.  Alpert is also starting production on The S-Word: The Untold Story of American Socialism, which explores socialism’s role in shaping our nation and what it means for us today and The Last Strike, that pulls viewers into the dramatic blow by blow events of the 1981 air traffic controller strike, which set us on the path to today’s income inequality and shaped the modern workplace.

Past films include Radical Grace, which follows three nuns who risk their place in the Church they love to remain true to their faith. Alpert served as Producer and Executive Producer (along with Susan Sarandon) and the film won audience awards at 2015 HotDocs and AFI Film Festivals.  Alpert’s previous film, @home, moves viewers from seeing homelessness as intractable to an understanding that it can be solved. Danny was Series Director and Executive Producer on The Calling, a national PBS series (Independent Lens) that follows Muslim, Christian and Jewish Americans who are training for the clergy. He co-produced and edited Legacy for HBO, which was nominated for an Academy Award for Best Documentary Feature and a national Emmy and was an official selection at the Sundance Film Festival. Alpert also produced, directed and edited No Time to be a Child, a series that aired nationally on PBS and was nominated for a national Emmy Award.

Alpert’s online media and campaigns for social causes have advanced the work of organizations like UNICEF, World Wildlife Fund, Planned Parenthood, American Cancer Society, and the Kellogg Foundation. The cross-pollination of Danny’s documentary and interactive work fuels innovation and his belief in the power media as a tool for change.