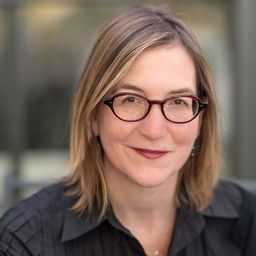 Participates in 1 Session
Nicole Newnham (Writer, Director and Producer) is an Emmy-winning documentary producer and director, four-time Sundance Film Festival alumnus and six-time Emmy-nominee. Most recently she co-produced and co-directed the Sundance Audience Award-winning Crip Camp with Jim LeBrecht. She has also recently produced two virtual reality films with the Australian artist / director Lynette Wallworth: the breakthrough VR work Collisions, which won the 2017 Emmy for Outstanding New Approaches to Documentary (exhibited at the World Economic Forum in Davos, the Museum of Modern Art, the Barbican, and Sundance among others) and Awavena, featured at Davos, 2018 Sundance Film Festival, and the 2019 Venice Biennale. Awavena was nominated for an Emmy in 2020.

Previously Nicole co-directed the Emmy-nominated documentary featureThe Revolutionary Optimists, winner of the Sundance Hilton Sustainability Award, and Sentenced Home, also Emmy-nominated, about the ongoing deportation of Cambodian American youth raised in the U.S. She also co-directed and co-wote the acclaimed documentary The Rape of Europa, about the Nazi war on European culture, for which she was nominated for two Emmys, a WGA award, and was shortlisted for an Academy Award. With Pulitzer-prize winning photographer Brian Lanker, she produced They Drew Fire, about the Combat Artists of WWII, and co-wrote the companion book, distributed by Harper Collins.

A 1997 graduate of the Stanford Documentary Film Program, Nicole lives in Oakland with her husband Tom, and two sons, Finn and Blaine.

Sessions in which Nicole Newnham participates