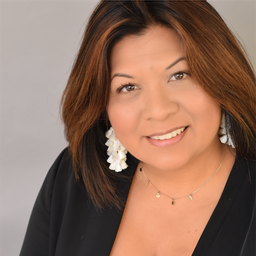 Jenny Callaghan is a talent manager and producer, with a focus on diverse storytellers in the comedy space and beyond. A fellow of the Producers Guild of America 2020 Power of Diversity Master Workshop, she launched JGC Management in 2019 to be a part of the change for diverse representation in media. She was Executive Producer on the comedy special, Gina Brillon: The Floor is Lava on Amazon Prime Video. For 8 years she was the VP of Operations and Manager at Arsonhouse Entertainment. She oversaw company operations and was pivotal in growing from a home office with 1 client, to 10+ clients and moving to a commercial office. As a day-to-day manager for comedians Gabriel "Fluffy" Iglesias and Jo Koy; she was instrumental in the production and marketing process of 7 comedy specials (including a stand-up film) and several unscripted and scripted series. Jenny also spent 8 years in marketing roles at Live Nation and Clear Channel Radio.  She's currently producing and co-directing, Deliver Us, a premium feature length documentary following 4 Black Midwives around the US, facing various challenges on their journeys to open and run birthing centers in a country where Black birthing people are 4 times more likely to die from childbirth related issues than their white counterparts.