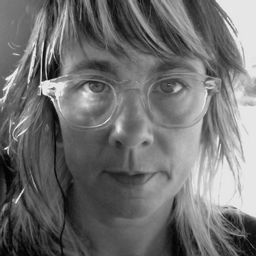 Participe à 1 Session
Abigail Severance is a filmmaker whose work considers memory, the body and the powerful act of witnessing. She works in a broad range of cinematic forms from fiction to formal experimentation and essay, crafting a body of work that comprises an ongoing excavation of nostalgia both as addiction and as inspiration.

Raised in New York, New England and Nova Scotia, Severance has been based in California since 1992. She holds a BA in cultural studies from Hampshire College and an MFA in film directing from the UCLA School of Theater, Film & Television, where she was a Wasserman Fellow. She teaches in the CalArts MFA Film Directing Program and was Associate Dean of the CalArts School of Film/Video from 2012-2016. Her areas of academic specialization include visual design, hybrid film forms, the politics of representation, queer cinema and autobiography.

She is currently in post on Acadia, an essay film about homesickness and running from the law in Nova Scotia, which received a 2015 CalArts Research & Practice Fellowship. Upcoming projects include the features Winterkill and The Summer We Drowned, a Film Independent Lab and Sundance Creative Producers Conference project. As a cinematographer, Severance has collaborated with other artists including Kadet Kuhne (Holding Pattern series: Infinite Delay), Jenni Olson (The Joy of Life and The Royal Road), Melinda Stone (How to Homestead series: How to Dye) and Julie Tolentino (Eye Witness and Evidence).