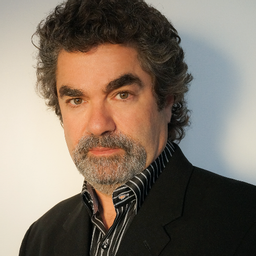 Producer / Director
Third Eye Motion Picture Co.
Participe à 1 Session
Academy Award®-nominated filmmaker Joe Berlinger has been a leading voice in nonfiction film and television for two decades. Berlinger’s films include the landmark documentaries BROTHER’S KEEPER, PARADISE LOST, and METALLICA: SOME KIND OF MONSTER, a film that re-defined the rockumentary genre. CRUDE, about oil pollution in the Amazon Rainforest, won 22 human rights, environmental and film festival awards and recently triggered a high-profile First Amendment battle with oil-giant Chevron.  Berlinger’s UNDER AFRICAN SKIES about the 25th Anniversary of Paul Simon’s Graceland album was nominated for three primetime Emmy awards after its 2012 Sundance Film Festival premiere, including Outstanding Nonfiction Special.
Berlinger’s most recent film, TONY ROBBINS: I AM NOT YOUR GURU, a riveting vérité film that goes behind the scenes of renowned life and business strategist Tony Robbins and his mega once-a-year seminar “Date With Destiny,” premiered at SXSW 2016 and was released internationally by Netflix on July 15th, 2016. Also for Netflix and the newly created Business Week Films Berlinger directed and produced HANK: 5 YEARS FROM THE BRINK, a dissection of the actions taken by then Secretary of Treasury Hank Paulson to stave off a global meltdown during the financial collapse of 2008. Shortly after, Berlinger finished WHITEY: UNITED STATES OF AMERICA v. JAMES J. BULGER, a feature-length documentary produced by CNN Films and theatrically released by Magnolia in 2014.  Berlinger’s film captures notorious crime boss Bulger’s sensational trial, using it as a springboard to explore allegations of corruption within the highest levels of law enforcement. The film was one of six Berlinger documentary features to have premiered at the Sundance Film Festival, where he also earned three Grand Jury Prize nominations. Berlinger has received multiple awards from the Directors Guild of America, the National Board of Review and the Independent Spirit Awards.

In addition to his feature documentary work, Berlinger, a two-time Emmy and Peabody winner (and five additional Emmy nominations), has created many hours of television as both a producer and director, including the Emmy-winning History Channel series 10 DAYS THAT UNEXPECTEDLY CHANGED AMERICA and the Emmy-nominated GRAY MATTER. He has directed and produced five seasons of the critically acclaimed Sundance Channel series ICONOCLASTS and directed/executive-produced the first two seasons of the Emmy-nominated MASTER CLASS, a series for the Oprah Winfrey Network.  His numerous HBO productions include ADDICTION, JUDGEMENT DAY and VIRTUAL CORPSE, and he has created series for VH1 and Court TV. His series THE WRONG MAN helped lead to the exoneration of Marty Tankleff, falsely imprisoned for 17 years for the killing of his parents. Berlinger’s dramatic television directorial credits include NBC's acclaimed hit drama HOMICIDE:  LIFE ON THE STREET, as well as the short-lived UPN/Dick Wolf series D.C.
Berlinger’s multiple Emmy-winning PARADISE LOST series for HBO helped spawn a worldwide movement to free "The West Memphis Three" from wrongful murder convictions, ultimately resulting in a death sentence and two life-without-parole sentences being vacated, allowing the men to finally be released from prison on August 19, 2011.  The latest film in the trilogy, PARADISE LOST 3:  PURGATORY was nominated for an Oscar in 2012 and was nominated for two primetime Emmy awards.
In 2015, the filmmaker finished directing and executive producing THE SYSTEM WITH JOE BERLINGER, an eight-part series examining systemic problems within the American justice system for Al Jazeera America.  More recently finished directing and producing JUDGEMENT DAY: PRISON OR PAROLE, for Investigation Discovery an investigative series that takes viewers inside the high stakes decisions made by parole boards everyday. Berlinger has also recently finished executive producing and co-directing the pilot episode of PAROLE BOARD: VICTIMS SPEAK, a series examining the effects and reactions of two families as the perpetrators of brutal crimes against them come up for parole hearings.

Berlinger also directs commercials and branded content for such clients as Cadillac, Ford, Honda, Kodak and Tiffany & Co., and is represented for commercials by bicoastal/international RadicalMedia. That relationship was expanded in 2001 — Berlinger houses his production company, Third Eye Motion Picture Company, at RadicalMedia, running many of his television and feature projects through RadicalMedia’s content division.  His most recent advertising campaign for the Cadillac division of General Motors began airing during the 2012 Summer Olympics in London and has gone on to become Cadillac’s longest running campaign.
Berlinger’s articles and photographs have appeared in numerous publications, including The New York Times, ArtForum, Film Comment, and Aperture magazines.  His book, METALLICA: THIS MONSTER LIVES, THE INSIDE STORY OF SOME KIND OF MONSTER, was published in 2004 by St. Martin’s Press.
Joe Berlinger is a member of the DGA, the WGA, the Academy of Motion Picture Arts and Sciences, the Academy of Television Arts and Sciences and the National Board of Review.