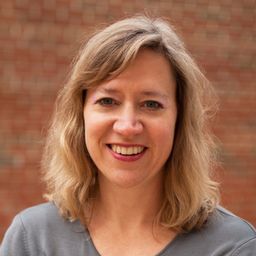 Big Mouth Productions
Participe à 1 Session
KATY CHEVIGNY, DIRECTOR/PRODUCER Katy Chevigny is an award-winning filmmaker and a co-owner of Big Mouth Productions with Marilyn Ness. Most recently, she directed one of the storylines in Kartemquin Film’s documentary series HARD EARNED, winner of a 2016 Alfred I. DuPont Award, which explores the lives of five American families struggling to get by in today's economy. She co-directed the documentary E-TEAM with Ross Kauffman, which won the award for Best Cinematography at the 2014 Sundance Film Festival, went on to win several other festival awards and was acquired for a worldwide release as a Netflix Original. It was nominated for 2 Emmy Awards. She also directed Election Day (2007) which premiered at the South By Southwest (SXSW) Film Festival in 2007 and was broadcast on POV in 2008. With Kirsten Johnson, she co-directed Deadline, an investigation into Illinois Governor George Ryan's commutation of death sentences. After premiering at the 2004 Sundance Film Festival, Deadline was broadcast on NBC to an audience of over six million, in an unusual acquisition of an independent film by a major network. It was nominated for an Emmy Award and won the Thurgood Marshall Journalism Award, among others. Her producing credits include Arctic Son, Innocent Until Proven Guilty, Nuyorican Dream, Brother Born Again, Outside Looking In: Transracial Adoption in America, Pushing the Elephant and 1971. She is currently producing Marilyn Ness’s Charm City. Chevigny’s films have been shown theatrically, on HBO, Cinemax, POV, Independent Lens, NBC, Arte/ZDF, Britain’s Channel 4, and others, and have played at film festivals around the world, including Sundance, Tribeca, Full Frame, SXSW, IDFA, Sheffield and Berlin.