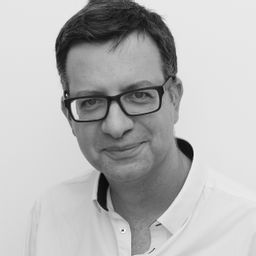 Yuzu Productions
Participe à 3 sessions
Christian Popp was born in 1971 in Galati, Romania. With a French-German Master Degree in History and Arts he has since 1991 worked as a journalist and film director. Between 1998 and 2003 he was a commissioning editor for ARTE in Strasbourg. From 2003 to 2005 he worked as commissioning editor in the ARTE-department of the RBB Channel in Berlin and Potsdam. He commissioned and coproduced many TV-Programs, from documentary series to magazines, studio debates to on-off documentaries. From 2005 to 2010 he worked as producer, author and editor in chief in Paris and Berlin for interscience film, an independent French-German production company. In 2011 he co-founded in Berlin his own production company DOCDAYS Productions that he left in 2014. In 2012 he established together with Fabrice Estève the Paris based YUZU Productions specialized in international coproductions. Christian is mentoring and moderating at various documentary and transmedia events (Thessaloniki Documentary Forum, LisbonDocs, Vision du Réel, Doc Ouest, IDFA Academy, Diagonale, i_doc, Sunnyside of the Docs, Italian Doc Screenings, Dokumentarfilm-Initiative).