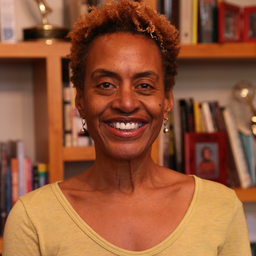 Firelight Media
Participe à 1 Session
Marcia Smith is President and co-Founder of Firelight Media, which produces documentary films, provides artistic and financial support to emerging filmmakers of color, and builds impact campaigns to connect documentaries to audiences and social justice advocates. Under her leadership, Firelight Media was honored with a MacArthur Award for Creative and Effective
Institutions. The flagship Documentary Lab program has supported more than 80 emerging filmmakers over the past decade, who have premiered at festivals such as Sundance, and gone on to earn numerous festival, Peabody, and Emmy awards.

She has written several films alongside documentarian Stanley Nelson including: Tell Them We Are Rising: The Story of Black Colleges and Universities; Through the Fire: The Legacy of Barack Obama; Freedom Riders; Jonestown: The Life and Death of the Peoples Temple; Marcus Garvey: Look for Me in the Whirlwind; and The Murder of Emmett Till. Marcia received a Primetime Emmy nomination and won the Writers’ Guild Award for best nonfiction writing for her work on The Murder of Emmett Till , and was honored with a 2016 Muse Award from New York Women in Film & Television, as well as the 2019 Luminary Award from BlackStar Film Festival.

Marcia will also serve as the writer for Firelight’s upcoming 4-hour documentary series, Creating The New World, on the transatlantic slave trade.

Marcia is a member of AMPAS, currently sits on the Peabody Board of Directors - East Coast, and is a member of the Board for Martha's Vineyard Film Society.