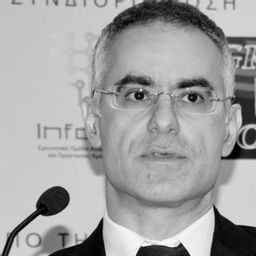 Prof. Christos Xenakis (Male) received his B.Sc degree in computer science in 1993 and his M.Sc degree in telecommunication and computer networks in 1996, both from the Department of Informatics and Telecommunications, University of Athens, Greece. In 2004 he received his Ph.D. from the University of Athens (Department of Informatics and Telecommunications). From 1998 - 2001 he was with a Greek telecoms system development firm, where he was involved in the design and development of advanced telecommunications subsystems. From 1996 - 2007 he was a member of the Communication Networks Laboratory of the University of Athens. Since 2007 he is a faculty member of the Department of Digital Systems of the University of Piraeus, Greece, where currently is a Professor, a member of the Systems Security Laboratory and the director of the Postgraduate Degree Programme, on "Digital Systems Security". He has participated in numerous projects realized in the context of EU Programs (ACTS, ESPRIT, IST, AAL, DGHOME, Marie Curie, Horizon2020) as well as National Programs (Greek). He is the project manager the CUREX, SECONDO, INCOGNITO and SealedGRID projects, funded by Horizon2020, while he was the project manager of the ReCRED project funded by Horizon 2020 and the technical manager of the UINFC2 project funded by DGHOME/ISEC. He is also a steering committee member of the European Cyber Security Challenge (ECSC) and the leader of the Hellenic Cyber Security Team. He is a member of the editorial board of three Thomson Reuters indexed journals: a) Computers & Security Journal of the Elsevier publishing, b) Computer Communications Journal of the Elsevier publishing, and c) IET Information Security of the Institute of Engineering and Technology. His research interests are in the field of systems, networks and applications security. He has authored more than 90 papers in peer-reviewed journals and international conferences.

Sessions in which Christos Xenakis participates