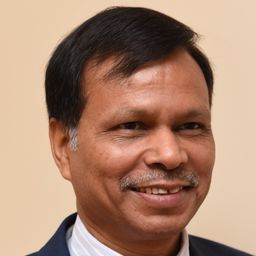 Known for pioneering works in the area of e-governance, he has been spending significant amount of resources in developing cases, tools and frameworks to promote e-governance research in the country.

These included 24 Doctoral thesis, 17 sponsored projects worth >5 crores, co-authored book 'Government Online', two other edited books 'Towards E-government' & 'Promise of E-governance’ and 200+ research papers appeared in National and International Journals/Conference Proceedings]. Founded the International Conference on E-governance (ICEG) in 2003 which is running into its 12th year with 14 edited volumes(largest collection of literature on e-gov) available freely at www.iceg.net.

He has been closely following Government of India (GoI) National Plan on E-gov which is now rechristened into an umbrella program of ‘Digital India’. His studies have suitably fed into these programs in general and ‘Cyber Security Policy of India’ in particular. His recent interest lies into exploring some the issues of smart cities. With ready expertise of e-governance, it is logical to design studies addressing challenges of ‘smart city governance’. In pursuits of the same, he is steering an European Union funded (Horzon-2020) project

‘EU-India Cooperation Platform in Future Internet and Electronic Media’, which deals with the setting up of cluster to cluster partnerships between India and EU into areas pertaining to the convergence and/or intersection of Future Internet and Digital MEDIA (FI-MEDIA). Some of the key areas of smart cities have been identified for cooperation and knowledge sharing. He has also developed a report on ‘Smart Campus@IITD’ setting the agenda for smart campus living at IIT Delhi. This was recently presented at Frankfurt Book Fair during 14-16 Oct 2015 at the NEM summit.

He is also a member of core team steering ‘Unnat Bharat Abhiyan (UBA)’ where aim is to bring transformational change in rural development processes by leveraging knowledge institutions (IITs, NITs, IIMs etc.). He is responsible for developing resources on ‘Smart Village’ which forms an important agenda under UBA. Interesting collaboration ideas on FIWARE from European Union (EU) and smart farming in particular from the Waterford Institute of Technology (WIT), Ireland, have garnered significant interest in UBA, especially in relation to monitoring of animals health and the impacts to/ from their feeding practices using ‘smart technologies’.

He is involved in several policy making committees on ICT in the Center and State Governments in India; also on jury of prestigious awards committees viz. National Awards on e-gov, Data Security Council of India (DSCI), Computer Society of India (CSI) Egov Awards and Web Ratna Awards which is now renamed as ‘Digital India Awards’ since 2016’. A recipient of the prestigious Humanities & Social Sciences (HSS) fellowship of Shastri Indo Canadian Institute, Calgary (Canada) 1996 and was a Visiting Fellow at the University of Manitoba. Conferred Best Professor award in 2012 at Singapore World Education Congress and CMO Asia.