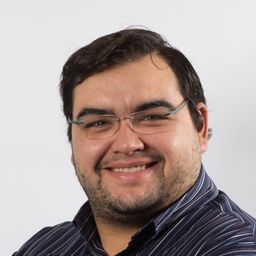 Antonio J. Jara is Adjoint Scientifique at the University of Applied Sciences Western Switzerland (HES-SO), Founder at HOP Ubiquitous S.L. (www.hopu.eu) and vice-chair of the IEEE Communications Society Internet of Things Technical Committee. He did his PhD (Cum Laude) at the Intelligent Systems and Telematics Research Group of the University of Murcia (UMU) from Spain in 2013. He received two M.S. (Hons. - valedictorian) degrees. Since 2007, he has been working on several projects related to IPv6, Security and WSNs in automation and healthcare. He is especially focused on the design and development of new protocols for security and mobility for Future Internet of things, which was the topic of his Ph.D. He did the transfer of the results from his PhD around Security in the American Company United Technologies. Nowadays, he continues working on IPv6 technologies for the Internet of Things In areas such as security, heterogeneity integration and the application of IoT in sectors such as industry 4.0, energy, and smart cities. He has also carried out a Master in Business Administration (MBA). He has published over 100 international papers (~2000 citations, h: 24), As well he holds several patents in the IoT domain. Finally, he has participated in several European Projects about Internet of Things (networking, security and intelligence distribution – fog computing) and applied Internet of Things (energy, industry 4.0 and Smart Cities).

Sessions in which Antonio Jara participates