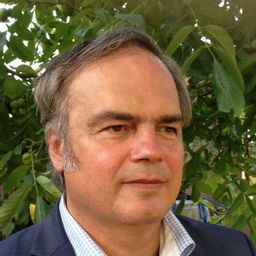 dr. ir. Georgios Karagiannis holds a Ph.D. degree and a M.Sc. degree in Electrical Engineering from the University of Twente, the Netherlands. From 1994 to 1998 he was working as a Researcher at the University of Twente. In 1998 he joined the Wireless Multimedia Research unit of Ericsson Eurolab Netherlands in Enschede, Netherlands, where he stayed until April 2003. From April 2003 to August 2014 he worked as Assistant Professor at the Design and Analysis of Communication Systems (DACS) group of the University of Twente. In September 2014 he joined Huawei Technologies Düsseldorf GmbH as Principal Strategist in Standardization and Industry Development. Currently he is participating in several SDOs and alliances, such as AIOTI, IETF, BBF, ETSI and OSGi Alliance. In particular, within (1) the AIOTI he is (i) the vice–chair of the AIOTI WG03 and (ii) leading the IoT landscape activities of the AIOTI WG03 and (2) the OSGi Alliance, where he held until October 2018 a position as alternate member of the Board of Directors.

Sessions in which Georgios Karagiannis participates