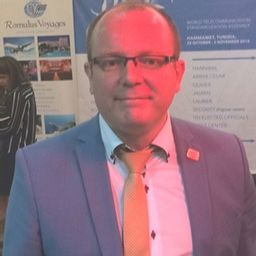 Denis ANDREEV was graduated from the Moscow Power Engineering Institute (MPEI) in 2000. From 2000 till 2011 he worked for Central Research Telecommunication Institute (ZNIIS) as a Director of telecommunication Testing Centre (Technopark, Russia). Under his supervision, Technopark tested key technologies which were further implemented on Russian public telecommunication networks. He had been contributing to ITU-T SG11 for 12 years and was appointed as a Rapporteur of Q10/11 and Q11/11 which focused on testing and benchmarking study areas. He is the author of 9 ITU-T Recommendations related to NGN and IMS testing developed from 2006-2011. From 2008, he managed the joint ZNIIS/ITU project, aimed at establishing the International Telecommunication Testing Centre (ITTC) for the CIS Region. In 2012 he joined the ITU-T HQ as the TSB C&I Programme Coordinator. Since 2017, he is Advisor of ITU-T SG11 “Signalling requirements, protocols, test specifications and combating counterfeit products”. His current activities focused on facilitating ITU-T SG11 on development signalling protocols and test specifications for existing and future networks (4G/5G interconnection, flat ENUM signalling architecture, IMS testing, remote testing etc.). Also, he assists ITU-T SG11 on research and studies related to combating counterfeiting and stolen ICT devices. Several workshops and brainstorming sessions were organized on all those subjects under his supervision. For more information, please see: www.itu.int/go/tsg11 www.itu.int/go/citest http://itu.int/go/CS-ICT

Sessions in which Denis Andreev participates