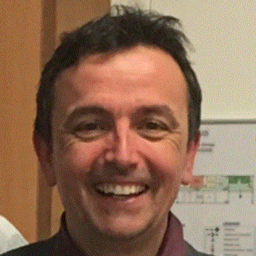 Pascal is a networking expert who spent ten years with the IBM networking hardware division prior to moving to the Cisco Technology Center in 2000 where he conducted research, standardization and development on Network Mobility. Recently, he joined the IP Engineering team that designs and implements IPv6 in the Cisco IOS software. Pascal is contributing to the evolution of IPv6 in its wireless sensors, mesh and mobile applications, promoting NEMO, MANEMO, 6LoWPAN and ROLL technologies. He participated to a number of books, white papers, RFCs with the Internet Engineering Task Force and specification with the ISA100

At Cisco, as Principal Engineer, Pascal participates to the evolution of Deterministic Networks (DetNet) across the board, and in particular in low power lossy networks (IoT) with 6TiSCH. Now within Chief Technology and Architecture Officer organization.

Pascal has over 100 patents making him among the top ten Cisco patents holders.

• Co-Chair of 6TiSCH and LPWAN at the IETF.

 RPL inherits from my earlier MANEMO work with techcenter

 liaising with ISA100.11a for consistency

Sessions in which Pascal Thubert participates