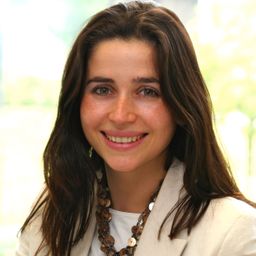 She started her career in the United Nations Office headquarters working for an IT track and trace software project for Africa, Asia and Latin-America. She then joined the Andersen Consulting company in 1998 to work for the eCommerce group of the Technology department as a solutions engineer.

She became a member of the staff of the European Commission in 2002 first, as communication officer, then as a senior administrator for research in the 'Enterprise Networking' Unit of the Information Society Directorate-General where she lead the 'Enterprise Interoperability' area.

In 2013, Cristina became Head of Sector and then Deputy Head of Unit in various departments: the 'Knowledge-Management' unit, the 'eInfrastructure and Open Science Cloud' unit and the ‘Smart Mobility and Living’ unit. Since January 2019, she is responsible for the Smart Cities topic.

Cristina Martinez is married and has three children.

Sessions in which Cristina Martínez participates

Glenn Ricart, US Ignite and U Utah (Speaker)

Sessions in which Cristina Martínez attends

Glenn Ricart, US Ignite and U Utah (Speaker)