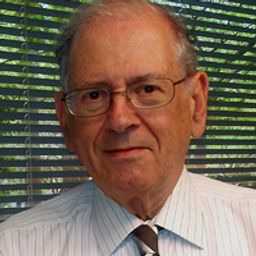 CEO and President
CNRI - Corporation for National Research Initiatives
Participe à 3 sessions
Robert E. Kahn is Chairman, CEO and President of the Corporation for National Research Initiatives (CNRI), which he founded in 1986 after a thirteen year term at the U.S. Defense Advanced Research Projects Agency (DARPA). CNRI was created as a not-for-profit organization to provide leadership and funding for research and development of the National Information Infrastructure.
After receiving a B.E.E. from the City College of New York in 1960, Dr. Kahn earned M.A. and Ph.D. degrees from Princeton University in 1962 and 1964 respectively. He worked on the Technical Staff at Bell Laboratories and then became an Assistant Professor of Electrical Engineering at MIT. He took a leave of absence from MIT to join Bolt Beranek and Newman, where he was responsible for the system design of the Arpanet, the first packet-switched network. In 1972 he moved to DARPA and subsequently became Director of DARPA's Information Processing Techniques Office (IPTO). While Director of IPTO he initiated the United States government's billion dollar Strategic Computing Program, the largest computer research and development program ever undertaken by the federal government. Dr. Kahn conceived the idea of open-architecture networking. He is a co-inventor of the TCP/IP protocols and was responsible for originating DARPA's Internet Program. Dr. Kahn also coined the term National Information Infrastructure (NII) in the mid 1980s which later became more widely known as the Information Super Highway.
In his recent work, Dr. Kahn has been developing the concept of a digital object architecture as a key component of the NII. This notion is providing a framework for interoperability of heterogeneous information systems and is being used in many applications such as the Digital Object Identifier (DOI). He is a co-inventor of Knowbot programs, mobile software agents in the network environment.
Dr. Kahn is a member of the National Academy of Engineering and the National Academy of Sciences, a Fellow of the IEEE, a Fellow of AAAI, a Fellow of ACM and a Fellow of the Computer History Museum. He is a member of the State Department's Advisory Committee on International Communications and Information Policy.
He is a recipient of the AFIPS Harry Goode Memorial Award, the Marconi Award, the ACM SIGCOMM Award, the President's Award from ACM, the IEEE Koji Kobayashi Computer and Communications Award, the IEEE Alexander Graham Bell Medal, the IEEE Third Millennium Medal, the ACM Software Systems Award, the Computerworld/Smithsonian Award, the ASIS Special Award and the Public Service Award from the Computing Research Board. He has twice received the Secretary of Defense Civilian Service Award. He is a recipient of the 1997 National Medal of Technology, the 2001 Charles Stark Draper Prize from the National Academy of Engineering, the 2002 Prince of Asturias Award, and the 2004 A. M. Turing Award from the Association for Computing Machinery. Dr. Kahn received the 2003 Digital ID World award for the Digital Object Architecture as a significant contribution (technology, policy or social) to the digital identity industry. In 2005, he was awarded the Townsend Harris Medal from the Alumni Association of the City College of New York, the 2004 Presidential Medal of Freedom, and the C & C Prize in Tokyo, Japan in 2005. He was inducted into the National Inventors Hall of Fame in May 2006, and awarded the Japan Prize for his work in "Information Communication Theory and Technology" in 2008. He received the Harold Pender Award from the University of Pennsylvania in 2010 and the Queen Elizabeth Prize for Engineering in 2013.
Dr. Kahn has received honorary degrees from Princeton University, University of Pavia, ETH Zurich, University of Maryland, George Mason University, the University of Central Florida and the University of Pisa, and an honorary fellowship from University College, London.